The first person I lost to cancer was my uncle when I was eighteen. We were very close, and he had even introduced me to my now husband just three years before. Since then, I have lost many people to many different types of cancer. It really is true; the more people you know the more you lose.

I have found myself looking after and spending time with terminally ill friends and family. I feel it is almost a calling, something that I am good at. I’m chatty and people say I’m easy to talk to.

Being a hairdresser by trade, I’ve also styled wigs on women. I’ve found that women struggle with losing their hair. It is part of your makeup and if you’ve got a good wig and you know it’s not going to blow off in the wind it makes a lot of difference to a woman.

Breast cancer is simply horrendous. As well as all the ladies I know who have passed away from breast cancer, a male relative also passed away from the disease. There are some positives though. One lady who lives in my village is eighty-six and a breast cancer survivor. We need more survivors, but that won’t happen unless we raise the money. We are not going to get a cure without research.

My want to help breast cancer research started when I lost my cousin Karen thirteen years ago. Karen and I were born a year and a day apart.

She was like my soulmate; we did everything together.

When she was first diagnosed with breast cancer, she had a mastectomy, chemotherapy and radiotherapy. Soon after, Karen was told she was in remission.

She was fine for a few years but then it came back, having spread to her stomach. The news was heart-breaking.

Karen was so brave; she had booked to go to Disneyland on holiday with her kids and she still went even after this devastating news. Despite being in a wheelchair for most of the time, she was determined that everyone would enjoy the holiday.

The cancer spread to her liver. We were the same blood group and we had always said that if we could, we would give each other anything. I asked whether I could give her part of my liver, but it was not possible.

Soon after, she was told that there was no more treatment. We wanted to bring her home, but she had to stay in hospital before being transferred to the Duchess of Kent Hospice.

I went in everyday to help her wash, dress and get ready for her husband and children to visit. I always made sure her hair and makeup were done, and she had a spritz of her favourite perfume; any little thing I could do to help her keep her dignity and feel like herself. 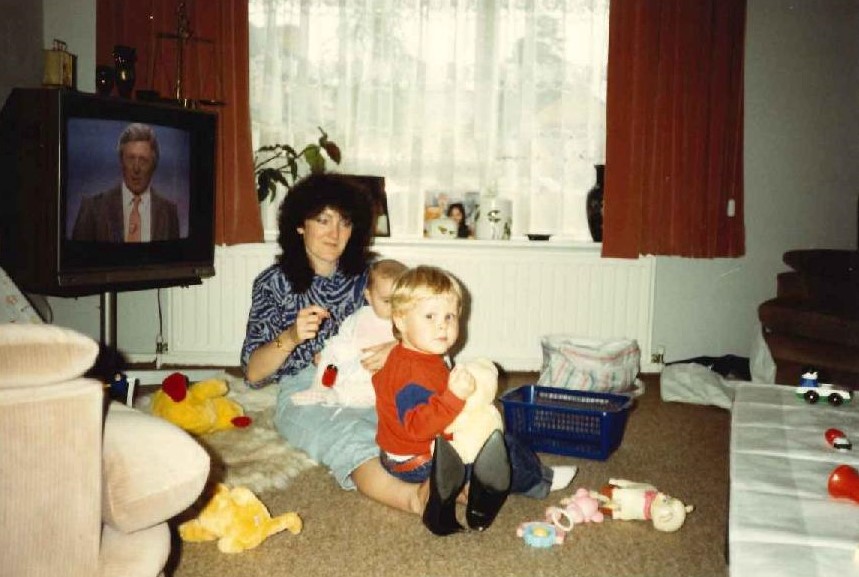 She became too weak to write so in preparation for her passing, I helped her write letters for her children to read when they were old enough. She planned what she wanted to wear for her funeral, going out in style.

The strength that people show when they are nearing the end of their own life amazes me. They always ask you how you are, and I can’t help but think ‘It really doesn’t matter how I am!

Karen said to me ‘I can’t do this anymore’ the night before she died. She passed away just two days before her youngest son’s 9th birthday.

I promised Karen I would make her look good afterwards, so I went in that morning and made her look nice.

For a while, I collected door to door for Marie Curie and then I found Against Breast Cancer’s bra recycling scheme. I thought it was something I could do to help; I didn’t want to do a skydive and I’m not a runner.

I have been collecting bras for almost ten years now. My bra banks are in the beauty salon, the dentist and my local doctors’ surgery. It’s such common knowledge in my village now that I often come home to see that someone has left me a bra on my gate!

When I retire I will do more. I strongly believe if people just sit there and think ‘someone else is doing that’ then we are never going to get anywhere.

The work Professor Max Crispin is doing towards designing and testing anticancer antibodies that target just the cancer cells will make a massive difference to breast cancer patients. The chemotherapy side-effects can feel worse than the cancer itself, and that is why some people say ‘enough is enough’. They don’t want to be a chemotherapy sufferer. Especially when the treatment is only giving them time, they don’t want to struggle to get out of bed and feel dizzy, they want quality time to share with their family.

One thing I would say to people is battle your cancer in your own way. Everyone is different and there is no right and no wrong. Do your own thing, don’t listen to the scare stories all the time, as there are survivors out there. And give me your bras!

I would also like to pay tribute to my dear sister in law who we all loved so very much. She sadly lost her fight, a battle she fought with bravery and dignity.