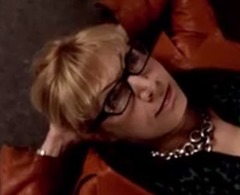 Jewellery designer, Pamina, was just 47 when she received her breast cancer diagnosis. It followed a period in which she felt her health was in decline. “I was lucky” she remembers, “The Doctor I saw wasn’t my regular GP, she told me there was nothing there and nothing was wrong with me. But I insisted on a referral to the Royal Marsden Hospital where they found my tumour. I felt relief too, I knew something was wrong with me and this explained why I’d been feeling so ill.

Following my diagnosis, the initial shock I felt gave way to fear, not for myself, but for my son. The thought of him losing his mother turned my emotions to grief. So I made the decision to spend the time between my diagnosis and surgery learning about the cancer. I also researched practicing nutritional therapy; this gave me a focus, made me feel somewhat in control of my health, and it prevented me from contemplating my mortality.”

Pamina’s family were fantastic and despite living in America, they offered to fly to be with her as soon as she shared her news with them. She discouraged them, at least until she felt she was in possession of all the facts about her disease. It was around this time that one of her closest friends, whom Pamina herself had supported through breast cancer some years earlier, recognised a friend in need and knew it was her turn to return the favour, to get more involved and to encourage her other friends to do likewise.

“They gave me company, food and support, even offering to come with me to my appointments at the hospital. They became my safety net. I remember it feeling like a cushion of love. Despite the offers of support I chose to go to the hospital alone. I had to focus on what was being said to me by my surgeon. I needed to be certain I fully understood the diagnosis and what the consequences would be for my course of treatment. My surgeon was wonderful, compassionate and informative; I might have missed something during one of our frank conversations if I’d taken a friend with me.

I had reconstructive surgery at the same time as my mastectomy on both breasts. My breast without cancer was hiked up with an implant to keep in line with the implant on my mastectomy side. Nine months later, my mastectomy side was fitted with a permanent implant and I was transformed from 34B to 32DD. Finally I began to feel sexy again.”

I attended The Haven in Fulham where they offer support and therapy in the aftermath of breast cancer, everything from psychology to massage therapy. It was a wonderful period of healing.

Although processed foods, sugar, wheat or dairy, were never part of her diet. Pamina has now taken a more proactive approach towards her health. “With good nutrition and exercise I may now be healthier than before my diagnosis because I follow a more rigid routine. Cancer isn’t sexy, but survival is and I feel fantastic!”

Working in the creative community it was perhaps not unsurprising that her friends would want to use their collective skills to show her their support. This manifested itself in the form of a beautiful 2 minute film that they arranged to get shown in cinemas across the UK to celebrate Pamina’s 5th year in remission.