Deborah’s Breast Tea Party Ever, with a fashionable twist!

We love hearing all about our supporter’s creative ways to fundraise. Here, the wonderful Deborah explains how she hosted a Breast Tea Ever with a fashionable twist by inviting along a personal image specialist much to the delight of her friends.

“We are very lucky with the people who live in our village – they are without exception lovely folk.

Both the men and the women have their own WhatsApp groups which are used not only to share information (why haven’t the bins been taken?) and thoughts (the men focus on motorbike noise and the ladies more on missing cats) but also to arrange get-togethers.

We are always looking out for interesting and novel ways to meet so when I heard about the Breast Ever Tea Party idea, it seemed like a great opportunity to do something worthwhile and a great excuse to catch up with my lovely neighbours. I put the idea out on the WhatsApp group, proposing an afternoon in the week and choosing a time slot which allowed those who worked to join us, those who didn’t work to join us and those with children to join us, so everyone was catered for….literally! It also ensured that the coast was clear for when my partner returned home from work – all cups of tea and cake would have disappeared, one way or another. Actually, that’s not entirely true, he did ask if I would keep some Victoria Sponge for him – and as he was happy to donate handsomely to the money we raised, that seemed like a fair request. 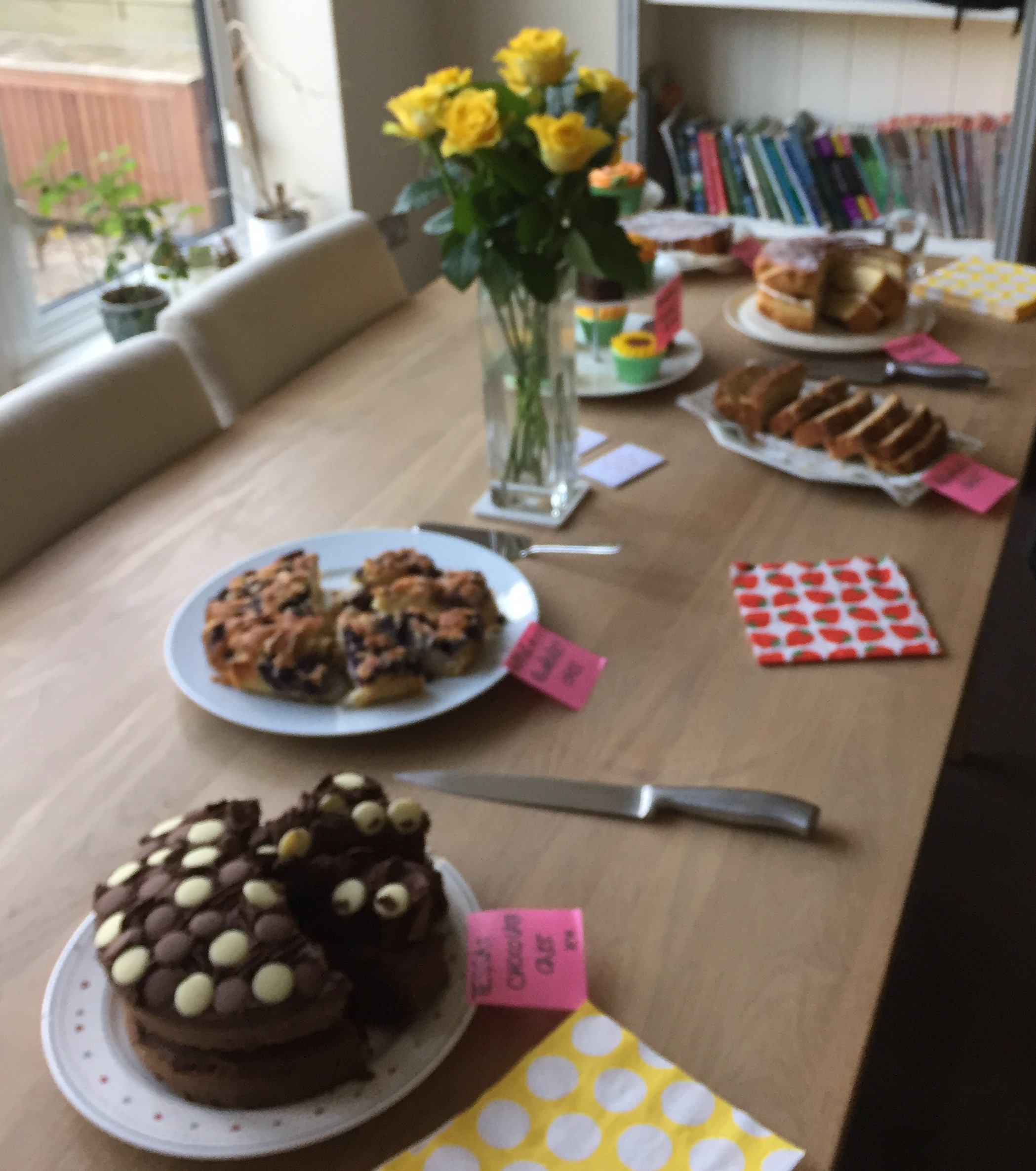 Given how lovely my neighbours are, it was no surprise that not only did they want to come along but they also wanted to bake cakes for the event. I took some of them up on their kind offers – although not all of them as I needed some people to actually buy the cakes. I spent the night before rustling up a couple of tasty offerings myself as well as creating “posters” of suggested donation amounts for various culinary packages, from a simple cup of tea and a biscuit at one end of the spectrum to a glass of bubbly and a cupcake at the ‘luxury’ end. Cupcakes featured heavily at the tea party as I raffled a beautiful cupcake bouquet as an additional fundraiser.

This also proved popular as most people had not seen a cupcake bouquet before. The lady who won it was the envy of many, it has to be said (me included! It was very hard to part with it!). 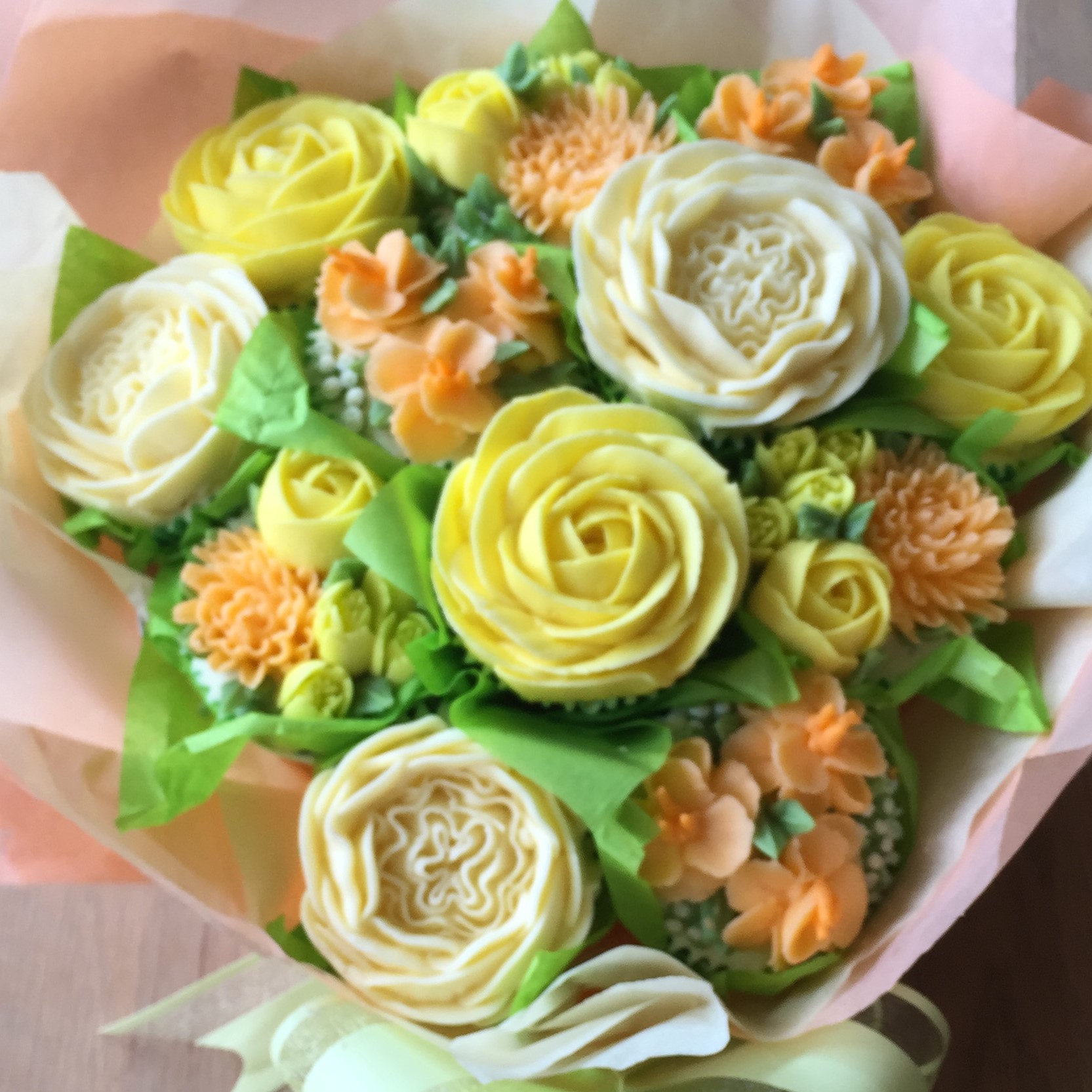 Another enticer which I included in the tea party to give people the excuse not only to come along but to stick around a while was the update that one of my friends, a personal image specialist, gave us on fashion trends. There was some irony in sitting listening to a talk on beautiful dresses and pencil skirts whilst tucking into cake and scones, but it was all in a good cause so we battled on.

The event raised £200 on the day and another £200 subsequently as people who weren’t able to come wanted to support the charity. It was very much the Breast Tea Party Ever for our village ladies!”

Well done Deborah! Such a fantastic way to unite your local community and also raise funds for Against Breast Cancer.

If you would also like to host your own Breast Tea Ever in your local community please see click the  button  to download your fundraising pack.

Get your fundraising pack