We are extremely proud to once again have the support of Dishmatic for breast cancer awareness month. Since 2017 Dishmatic have released limited edition pink products not just in support of Against Breast Cancer, but two other charities as well, Breast Cancer Ireland and Young Pink Sisters in Australia. Not only that, but each year Dishmatic also make a generous donation to each charity to help with their continued fight against the disease. This October they want to raise even more by asking you to #brewforbreastcancer. 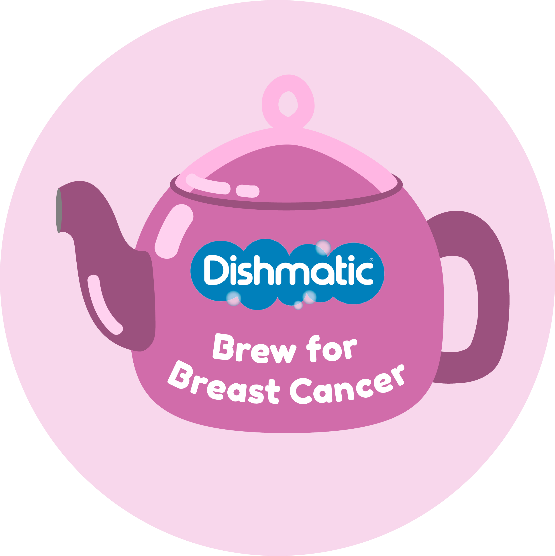 This year, alongside the donations and limited edition pink products, Dishmatic are inviting you to get involved too! On Friday 16 October, they’ll be encouraging their fans to hold a virtual tea party in support of Against Breast Cancer. Whether that’s with your family at home or extending the invite to others (in line with local government lockdown guidelines), why not take some time out of your day to put your feet up, have a natter and enjoy a #brewforbreastcancer? We’ll be joining in too of course!

An event has been created on Facebook where you can register your interest as well as creating graphics for social media that you can use to tell people you’re taking part as well as on the day itself. If you’d like to request these, please email Dishmatic’s #brewforbreastcancer team.

As an extra incentive, Dishmatic will randomly select 100 people from each of the three countries who post a picture on either Facebook or Instagram on Friday 16 October of your tea party, tagging Dishmatic and using #brewforbreastcancer, and they will be sent a Dishmatic Style*.

Everyone who posts an image on the day using the hashtag and tagging them will also be entered into a prize draw to win an afternoon tea for two, up to the value of £100 ($200 in Australia and €110 in Ireland). Open to residents of the UK, Ireland and Australia only.

We’re looking forward to seeing everyone’s photos and sharing them across our social media channels!

Dishmatic are encouraging everyone to include a fundraising element too. So, together let’s make your event The Breast Tea Ever

*Limited to one per household.