Headington Amateur Ladies Football Club in Headington held an incredible Play It Pink in the third week of Breast Cancer Awareness Month. During the week 19th – 25th October the whole club got involved and got very pink!

Throughout the week training sessions took place with the teams all wearing pink and everyone donated £2.

On Wednesday 21st October the Under 11 girls team all wore pink to football and had lots of games and fun. The parents who came along all donated and brought wristbands and other Against Breast Cancer merchandise. 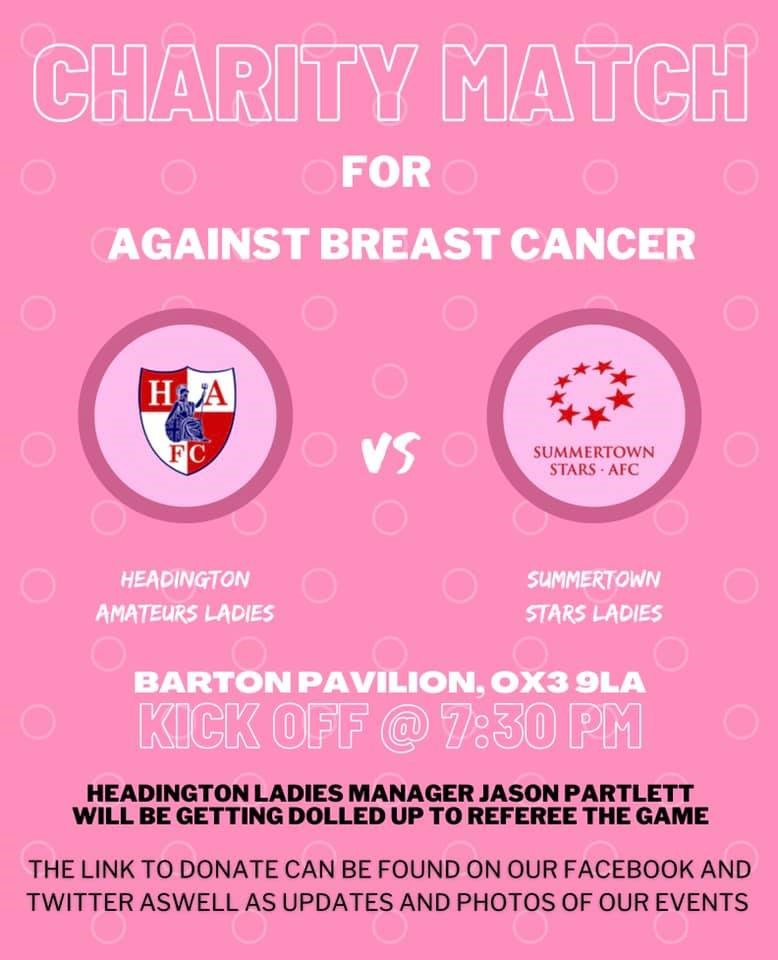 Thursday saw the men’s team dressed in pink and they played their part in donating.

After the men’s training it was the ladies turn! They arrived wearing pink pjs, wigs, tutus, dinosaur costumes and even a pink inflatable suit! They had lots of games and raised over £200 just from that one session!

On the Friday night, it was Headington Amateur Ladies vs Summertown in a big charity match. Everyone came wearing all pink! They even had 2 male referees dressed up in woman’s dresses and wigs, makeup and tutus! As well as a pink match ball and pink balloons all around the pitch.

The match ended 4-3 to Summertown, after the game they had a social distant drink and carried on selling ABC wrist bands, badges and raise awareness of Against Breast Cancer.

So far Headington have raised an incredible £500 for our vital research into secondary spread breast cancer and we couldn’t be more thankful.

If you are part of a sports club and looking to do a fundraiser? Get in touch with Harry today to find out how ABC can help you Play It Pink!