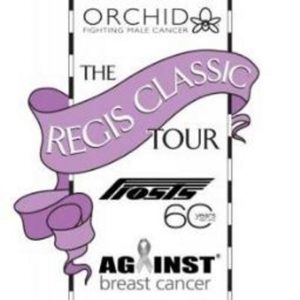 This year the tour was held in memory of Henri de Potter, who passed away in 2014. Henri helped organise the 10th tour to Rotterdam and his wife, Carla von Bregt repeated the gesture by helping with the 20th tour, a return visit to Holland.

All good things must come to an end however, and this year the organising team led by Ali Green decided that this year they would go out in style hosting 60 cars over a long, and very social weekend raising funds for Orchid and Against Breast Cancer.

Reflecting on the organising team’s achievements Ali recalled “It has been a blast, but as the years have gone on (each event takes about 15 months to organise) the financial risks have become greater and our desire to raise large sums for our chosen charities has put more pressure on the team. We felt as the majority of the organising crew are now well over 60 it was time to call it a day and go out in style. We have made some wonderful friendships, found out just how generous the classic motoring community can be and being lucky enough to been donated some amazing auction and raffle prizes over the 20 years. We have also been very fortunate to visit some really amazing places over the years – many not generally open to the public.”

Since starting the tour in 1998, the line up of the organising team has changed, but the goals have remained and this year they celebrated by taking their combined fundraising efforts to over £550,000!

We would like to add a heartfelt thank you to Ali, The ladies of the Bognor Regis Motoring Club and to everyone who has either organised or participated in this wonderful event over the years and generating £237,711.28 for breast cancer research in the process.