Six months later than originally planned, the 43,000 runners lucky enough to secure their places finally got to take part in the first Virtual London Marathon on 4 October.

Having had their hopes of taking to the streets of London dashed not once, but twice this year, organisers praised the indomitable spirit of competitors that not even the constant rain could dampen. Each running a route of their choosing, it was a privilege to see our own 2020 London Marathon team take part around the country and through their fundraising, supporting our ground-breaking research into secondary spread, the main cause of breast cancer related deaths.

One of our runners, Dr Karen Gregory ran the Virtual London Marathon in Romsey. Karen is our sports ambassador, a GP, mother and cancer survivor. She helped to write our Patient Information Leaflet and has been recording her experiences on our website through her blog, Karen’s 3 marathon challenge.

Based at the New Horizons Medical Partnership in Hampshire where she practices, Karen who is 51, was diagnosed with secondary breast cancer in June 2019. She ran her first marathon in the New Forest to raise money after being diagnosed with secondary spread breast cancer in her sternum, chest wall and lungs. Both lumps were found to be cancerous. She was diagnosed with ER+ stage 3 invasive ductal carcinoma and thought her world had fallen apart being forty-one at the time with two daughters aged four and seven. 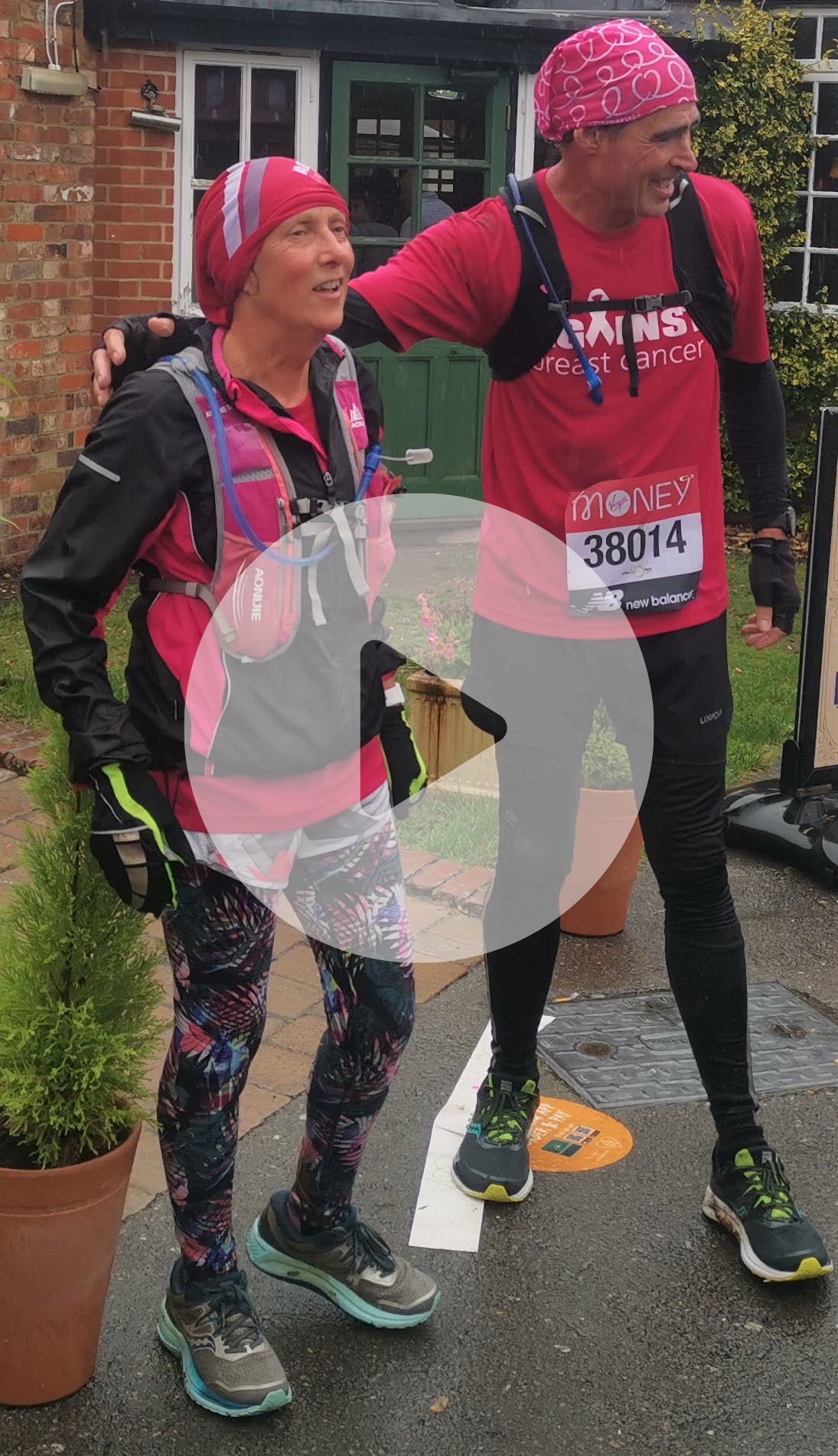 Karen originally planned to run the Florence Marathon before competing in London and finishing in Berlin this year, a challenge she would undertake while she still in treatment.

Replacing London, Karen chose a route around the Romsey area, running together with her running partner Simon, they completed the 26.2miles finishing at her favourite pub, the Red Rover in West Wellow.

Leading members of our research team based at the University of Southampton, Professor Max Crispin, Dr Paul Skipp, Dr Charlie Birts, joined well-wishers, friends, family and local press along the route to encourage them along the way.

Harry Brewis, Special Events Organiser, Against Breast Cancer said “Karen has been such an inspiration to everyone at the charity her tireless fundraising and campaigning as our Sports Ambassador has been a real highlight this year.”

The date of the  London Marathon 2021 has been announced to take place on Sunday 3 October. The Ballot for general entry is open until 9 October and results will be posted in early January.

We encourage everyone interested in taking part to apply through the general ballot in the first instance. If you are interested in running the London Marathon 2021 for Against Breast Cancer and claiming one of our charity places you can apply online by completing an application form.