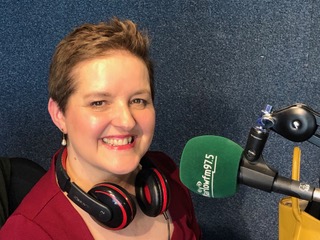 365 Days Of Messages is a daily message service, set up by Deborah Fielding.

In 2018, Deborah was diagnosed with breast cancer, just like 150 women in the UK are every single day.

What quickly became clear to her was the size of the battle she was facing, both physically and mentally. She also fast became aware that often family and friends don’t know what to say or how to help – she received plenty of bunches of flowers, but precious little in the way of genuine, solid help to get through the mental challenges that cancer poses.

As Deborah entered remission, she made the decision to do something to help people who were going through the same battles and challenges with a cancer diagnosis and also to help people that were struggling with their mental wellbeing.

On the final day of her chemotherapy treatment she launched 365 Days of Messages – from the hospital! This is a year-long service that sends a daily message to someone fighting a diagnosis or battling with their mental wellbeing through the general fatigue of life.

Each message has been crafted by Deborah personally, all with the aim of supporting, encouraging and inspiring people during the most difficult times of life.