Take part in a research study

How to design better tools for earlier diagnosis of secondary breast cancer to increase survival rates. 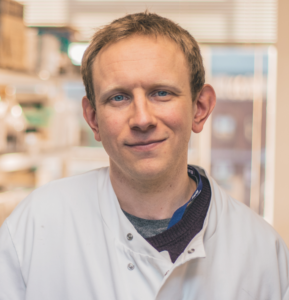 The Glycan Shield projectat Barts Cancer Institute in London lead by Dr. Oliver Pearce, aims to identify how breast cancer tumours remodel their surroundings to protect them from attack by the bodies’ own immune system.

As part of our regular Research Q&A series, Dr Pearce took the time to answer questions about his research which were posed by supporters of Against Breast Cancer; 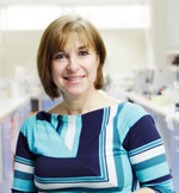 In order to improve outcome for breast cancer patients, we need to understand how some cancer cells avoid being killed by chemotherapy, remaining in the body and causing the cancer to return, often many years later.

This is the focus of research carried out by the team of Professor Ingunn Holen at the University of Sheffield, supported by seed funding from Against Breast Cancer. The funding supports a project to establish how breast cancer cells survive treatment by entering a dormant state, meaning that they are no longer sensitive to chemotherapy that is designed to eliminate cancer cells that grow and divide. By staying dormant, the cancer cells are hiding in plain sight, mainly in the bone marrow. Some of these dormant cancer cells may one day be triggered to start to grow and form new colonies, as well as spread to other parts of the body.

We don’t yet understand the mechanisms that cancer cells rely on to survive in this dormant state, or what triggers them to start growing again. The Sheffield project will study this important dormancy process to try and identify novel therapies that can either eliminate dormant cancer cells, or ensure they remain dormant indefinitely.

The ultimate aim of this research is to develop anti-dormancy therapies that will prevent breast cancer recurrence and spread, thereby improving the outcomes for patients.

As part of our regular Research Q&A series, Professor Holen took the time to answer questions about her research which were posed by supporters of Against Breast Cancer;

Latest news and developments from our research team.

Information about breast cancer including symptoms, current treatments and screening.

Information on our funding process.

Functionalization of single-walled carbon nanotubes and their binding to cancer cells Madani. SY, Tan A, Dwek MV, Seifalian AM. International Journal of Nanomedicine 2012; 7:1-10

Take part in a research study