Kate’s experience was that of a patient whose concerns were not listened to. Despite asking for further investigation into lumps on her nipple that had been previously diagnosed as blocked Montgomery glands, it wasn’t until she sought plastic surgery that her fears were realised when she received her second breast cancer diagnosis in two years.

I was fifty-four when I went to the GP about the lumps on my right nipple in July 2015. It seemed that these were just blocked Montgomery glands, but a lump was found in my left breast. I was referred to hospital and after a mammogram, ultrasound and a needle biopsy I was told that I would have to wait two weeks for the results but ‘It didn’t look good’.

After thinking I was going into hospital to receive confirmation that I had blocked Montgomery glands on the right, I was leaving hospital to spend the next two weeks waiting for the result of investigations on the left breast, knowing that a breast surgeon thought it was suspicious.

When I went back, she sat there with a clipboard and confirmed that it was invasive ductal breast cancer and quickly moved on to ask me whether I wanted a lumpectomy or a mastectomy. I had to ask what the difference was and what the implications were for each of them. She then explained that if I was to have a lumpectomy and she couldn’t get clear margins, then I could always go back in and have more tissue removed. So, feeling somewhat rushed, I went with that.

After the lumpectomy I had radiotherapy. The lack of empathy I felt from the professionals was unfortunately a continuing theme. I saw the oncologist when my personal life was really taking its toll. My marriage was breaking up, I was selling the family home and that was all happening on top of a breast cancer diagnosis. I was vulnerable, yet the oncologist moaned that I was being emotional and saw fit to write ‘emotionally unstable’ on the bottom of one of her letters.

When I first met with her, she was wearing a very low-cut blouse through which you could see a decorative bra and a lot of cleavage. As a middle-aged woman who’s just had a lump cut out of her breast, I found that extremely tactless.

All she was focused on was me having the radiotherapy on the left side, despite me continuing to vocalise my concerns about the lumps on my right nipple. She told me not to worry about them and referred me to the breast surgeon. I was never recalled.

The family home had now been sold and I had moved into my own house with the children. By this time, the lumps were causing my right nipple to invert and the scar tissue from the lumpectomy was causing my left nipple to invert too. I was beginning to accept my body and I wanted this dealt with, so I went to a private plastic surgeon who agreed to the nipple eversion surgery and removal of the Montgomery glands. I was booked in for February half term 2017. 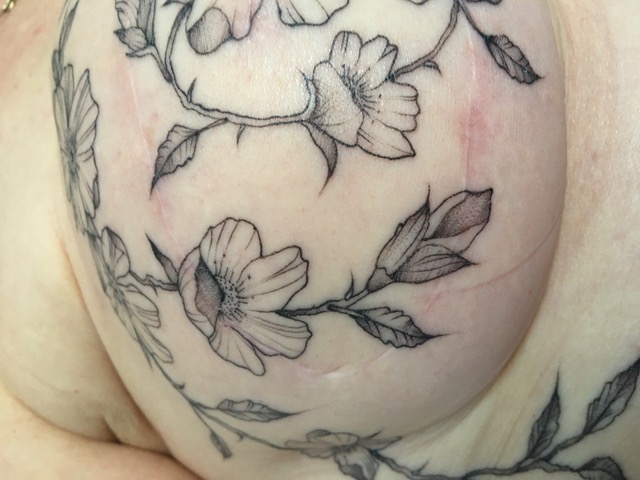 The routine histology following this procedure found the removed cells to be cancerous. I never did have blocked Montgomery glands. I was sent immediately to have both breasts scanned by MRI, something they do as standard at Wycombe hospital. If my right breast had been scanned in 2015, would they have found it back then?

I had a lumpectomy with full lymph node clearance on my right side. They struggled to get clear margins, so after a further two operations I had a mastectomy with immediate reconstruction.

While I had my chemotherapy at Wycombe, a friend of mine had hers at Oxford. Due to the number of people they see there, she had a PICC line fitted as standard, but I didn’t have to and I was grateful for that as it would have felt like yet another invasion.

Throughout chemotherapy I wanted to continue working as I felt I needed the anchor of normality it provided. I would take the week I received the chemotherapy off work, work from home the following week and then work in school on the third week.

I lost my hair but opted for beanie hats instead of wigs. The children I worked with were very accepting. If they did ask, I would just tell them that I was having treatment that had made my hair fall out, but it would grow back. Continuing to work was also good for my self-esteem, I still felt valued and I was able to contribute where it mattered to me.

‘Chemo brain’ is real. In fact, it really affected my working memory to the point that I struggled with gardening. I knew I wanted to move one plant, but I couldn’t hold the correct sequence of transplanting in my memory to formulate a plan as to which other plants I needed to move, and where to, in order to achieve it. It’s a shame this is not something we are warned about or is recognised.

Then came time to start thinking about radiotherapy and I wanted to understand what the benefit would be. My plastic surgeon also questioned this and said that the radiotherapy could change the tissue on my reconstructed breast. In his opinion the margins were so clear he felt that it was not needed. The oncologist told me that there were lymph nodes under my breastbone that required treatment, so I went ahead. Not all oncologists treat these and yet I felt pushed into it without having the benefits of the treatment clearly explained to me. I did have burns from the radiotherapy, but I was given cooling pads which really helped ease this.

The reconstruction settled two cup sizes too large and I was having to wear bras with maternity pads in them to even myself out. I had liposuction on the reconstructed breast three months after finishing radiotherapy, but I am still a cup size larger. I have decided against any further invasion as I feel it would create toxins and my body is clean and healthy now so I feel it would be a backwards step.

Supports groups were not for me and instead I engaged with a spiritual healer who used to work with cancer patients at the Royal Marsden. It would take me over an hour to get to here, I would have the treatment, drive back and go to bed for 24 hours. She had also had breast cancer, so she understood me completely.

I consulted a naturopath and he advised me to go as carbohydrate free as possible, explaining that stabilising my insulin levels could help to stabilise my hormones. He also recommended I did juice cleansing and it really helped me to clear the toxins from my body throughout treatment.

My oncologist prescribed me anastrozole and told me I needed to persevere through the side-effects for several months before they would ease, but the joint pain in my knees and my hips became unbearable. I would crawl around the garden as getting up and down was too painful, so I chose to stop taking it and my oncologist recommended tamoxifen as an alternative. After reading up on the drug I decided it was not something I wanted to take so I have melatonin instead, which I source myself.

The whole experience made me feel like I was on a conveyor belt. Having someone to sit with me and talk me through the process would have made me feel more prepared and if my initial concerns had been treated with respect, I think my experience would have been much more positive.

We should all be allowed to make informed choices in our own treatment. I make informed choices as to who I bank with, who my broadband provider is and which car I buy so I should feel able to do so with my own treatment especially when it has such an impact on my body. Cancer affects every aspect of our lives and we need to be empowered to make choices that are right for us as individuals. 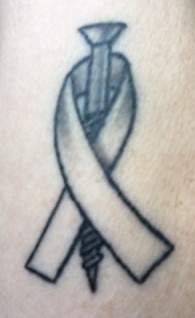 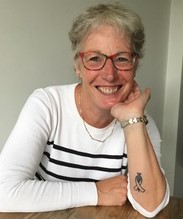 To mark my second diagnosis, I had a tattoo designed by my daughter; a strong symbol of a screw penetrating the breast cancer ribbon. Soon, I will have a tattoo of briar roses across my scars. Not to hide them, but to regain ownership of my body after cancer treatment made my body seem like it was not my own.

Looking back, I can completely and honestly say that I am grateful to cancer. It made me get off my hamster wheel, made me stop crisis managing and take time out to re-evaluate what is right for me. It made me open my mind to spiritual healing, holistic therapies and the importance of listening to my own body. Not only has it been positive for me, but I’m now more than ever a positive role model for my children as they have seen me go through all of it and come out of the other side. I am now taking control of my life, so bizarrely, thank you cancer.

Kate’s experiences along with those of other women who have agreed to tell their own stories on this website motivated us to create a patient information leaflet, explaining the investigative and referral process.

One of the questions we ask our supporters is ‘what would have made your journey easier’ and we are regularly told that knowing more about the referral and investigative process would have helped them feel more prepared. Feedback also highlighted how the first hospital referral can feel like a whirlwind, leaving patients feeling stressed and shocked. This leaflet is aimed at answering a question at the foremost in their minds; “what will happen to me during my diagnosis?” and make them feel informed about the process, with tips from breast cancer patients on how to make the process as comfortable as possible.

For this purpose we decided to produce a free Patient Information Leaflet for anyone concerned about either their own diagnosis or that of a family member or friend. Designed in collaboration with our sports ambassador Karen Arney, a GP and secondary spread breast cancer patient herself, with assistance of breast cancer patients, researchers and healthcare professionals (including our trustee and breast cancer surgeon Dennis Remoundos), the aim of the guide is to help patients through the referral and investigative process step by step.

The leaflets will be ready from early March 2020. If you would like to order a copy of your own Patient Information Leaflet, please complete the form below.